The neighborhood of Gràcia is full of lovely plazas, restaurants and bars, theaters, cinemas, libraries and local designers and craftsmen’s shops. It has also one of the best fresh fruit/vegetable markets in Barcelona. Actually, you can find practically anything you would need there.
Gràcia, used to be a separate village, until it became a part of Barcelona as the city expanded. In August, the area celebrates its Fiesta Major, one of the most famous street parties in Barcelona.
Taking a stroll down the Passeig Sant Joan, one of the most beautiful Barcelona avenues with broad sidewalks perfect for pedestrians, will take you to Arc de Triomf, Parque de Ciutadella and the oldest Barcelona districts.
Metro station Joanic is 1 minute,  and Sagrada Familia Station  5 minutes away from the apartment giving you the option to choose between 3 metro lines (L2, L4, L5), which makes this apartment very well connected with all the parts of Barcelona. Great option for your stay in Barcelona!
Nearby metro: Joanic (L4)

Gràcia, it is undoubtedly one of the most emblematic and fascinating neighborhoods in Barcelona. Still it retains that special village that was and give us some of the most remote and beautiful corners of the city charm. Here are places you can not miss de Gracia: 1. Parc Güell: This work of the modernist architect, Antoni Gaudí, is undoubtedly one of the most visited places of Gracia. 2. Modernist architecture: The Gràcia district known for having many of the most famous modernist buildings in the city of Barcelona. Among all, they highlight la Casa Vicenç (outstanding work of Gaudí), Las Casas Ramos and Casa Rubinat. 3. Plazas de Gràcia: if you do not know yet what to see in Barcelona, ​​the squares are the most characteristic distinctive feature Gràcia and Plaça de la Virreina is one of the most beautiful and popular. Other highlights places like The Time of the Doves, la Plaça del Nord or the Plaça de la Vila de Gràcia. 4. Cines Verdi: If you like to watch movies in their original version, the Verdi rooms are the best known of Barcelona cinema. 5. Mercat de la Llibertat: Located in la Plaça de la Llibertat, the Mercat de la Llibertat is one of the most spectacular modernist buildings Gràcia. 6. Fiestas de Gràcia: In the month of August, the different streets of Gràcia acclimate its corners with incredible sets full of creativity, on the occasion of their festivals.

You are kindly requested to call the check in number below from the airport  in order to confirm meeting time at the apartment.
Check in phone : +34 640 606157

1)TAXI: To take a taxi directly from the airport to the apartment takes around 20 min and costs between 30€-35€ depends on how much luggage and traffic. Taxis are usually for 4 people, please contact us in case you need a transfer from the airport.


2) AEROBUS/BUS:  Aerobus is a shuttle bus service that links Barcelona airport to the centre. Every 5-10 minutes there is a bus departing from both terminals. To go to these apartments best stop is last one PLAÇA CATALUNYA and from there you can either take any bus going up Passeig de Gracia or a taxi (less than 10€)
3) TRAIN: The train only departs from Terminal 2, so if you arrive to Terminal 1 you have to take the shuttle bus between the two terminals. The train service runs approximately every 30 minutes and costs 4€.  To reach these apartments you should take the train until PASSEIG DE GRACIA and from there either metro or bus to the apartment .
If you are arriving at Girona airport do not hesitate to contact us in case you need explanations on how to get to the apartment. 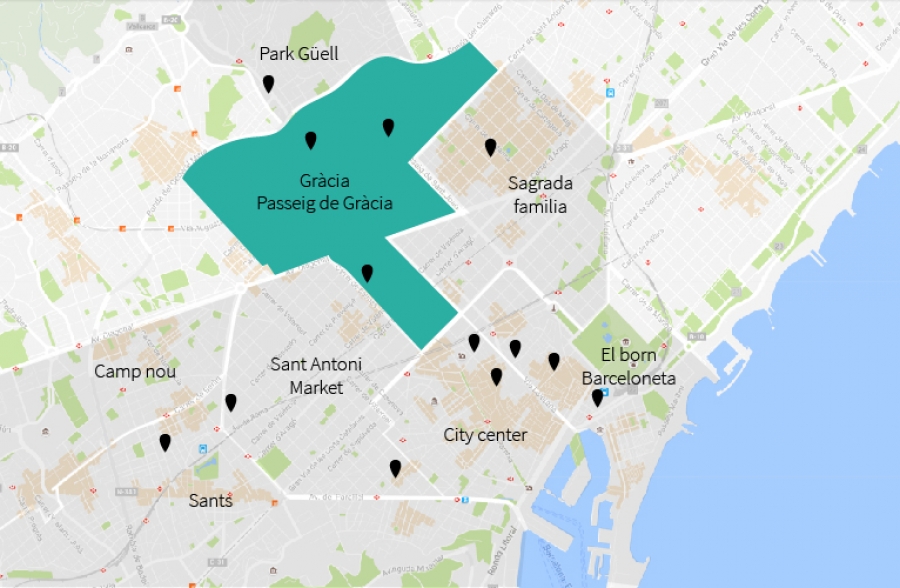 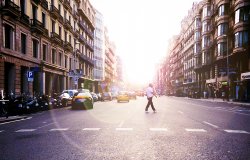 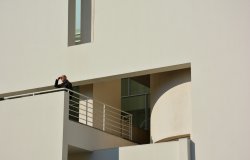 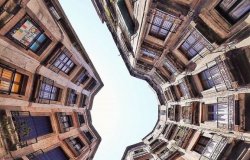 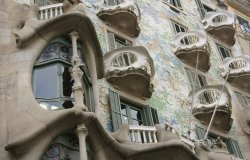 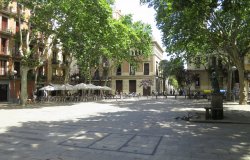 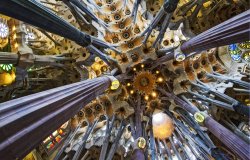 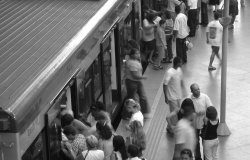 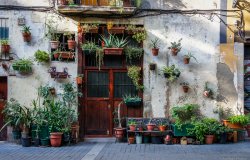